There are many kinds of differentiations of heat dissipation fans, so according to the interface, it can be divided into two needles, three needles and four needles, that is, 2pin/3pin/4pin.

2pin electric fan
The 2pin fan is very simple. It has only two red and black wires, one connected and one grounded. The structure is very simple, so it has no function. Of course, there are fans with big 4Pin interface. But this kind of fan is actually a 2-pin fan, such as the DC fan of Baodikai. This type of fan has no variable speed function, the interface is 12V power supply, big 4Pin interface is used for greater power, then the speed is naturally fast, but the noise is relatively large, because there is no variable speed capability, then the fan will always go wild, regardless of whether the CPU is heating or not. Never choose this type if you like to install your own machine. 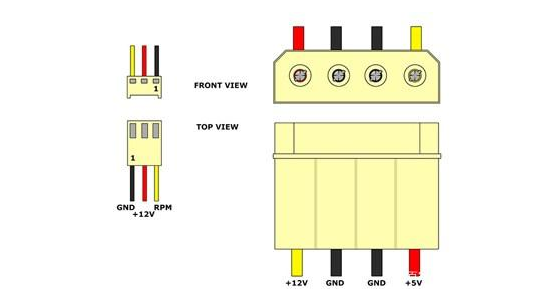 Just because we can't stand the problem of 2pin fans can't adjust speed, there are 3pin fans. Because when we use computers, CPU doesn't always work full load. So if the fans work at full speed, there will be two problems. One is that CPU has little heat, the fans don't need to turn so fast and waste electricity. The other is that full speed CPU will produce a lot of noise. On the basis of red and black lines, 3pin fans add yellow lines. The primary function of yellow lines is to measure the speed. With yellow lines, the main board can monitor the working condition of the fans, but 3pin fans are also lacking. Because it uses voltage conditioning to change the speed, this conditioning method is not flexible. First, CPU temperature detection is done by the main board, and the main board reacts. There must be some mistakes in temperature information. Secondly, the motherboard needs to set many parameters, but some motherboards do not support so many fans, so the players need to know the specific BIOS functions of the motherboard when they buy the motherboard. In addition, different fans, the starting voltage is different. Maybe after the motherboard drops the voltage, fan A can reduce the speed, but fan B can stop running directly. 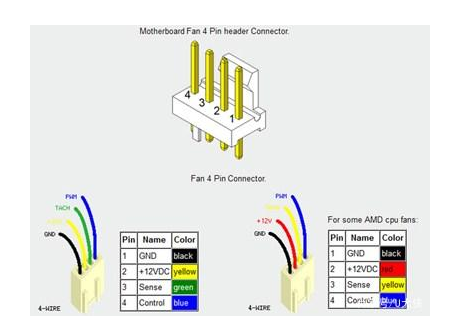 Because 3pin fans did not solve the problem of adjusting the speed of fans very well, Intel and other manufacturers later introduced a new speed regulation, upgraded from 3pin to 4pin, and the extra line called PWM line is pulse width modulation. Line color is generally black, yellow, green, blue or black, red, yellow and blue, the common point is that blue is the PWM line, black is the ground line. The voltage of 4Pin fan is constant. PWM pulse signal can output different duty cycle after adjusting the speed of the fan by PWM mechanism. Therefore, it can adjust different speed of the fan according to the practical needs. It is more accurate and flexible. Moreover, the fan of PWM mechanism does not need to rely on the main board BIOS (not on the main board). Now the PWM also has classifications, vulgar PWM and high-speed PWM, generally speaking, high-speed P. WM as a whole embodies the best.
Notes

Shenzhen Bao Di Kai Technology Co., Ltd. was established in March 1, 2003, enterprises uphold: honest and trustworthy, one heart and one mind for customers, society, enterprises and individuals to create value of the pursuit of business, in: "customer first【more】

CONTACT
If you have any questions please contact us, we will be the fastest speed to help you solve the problem Sweep the two-dimensional code sweep a surprise
About us
Products
News
Contact
Mr. Zhou: 15914191916
Miss Zhou: 13113661982
Tel: 0755-27179898
Fax: 0755-27179922
E-mail: szbaodikai@163.com
Address：Shenzhen City Guangming New District Komeito Street Changchun Road, Longgang Road, No. 355 in the park Guomao Industrial Zone 9-10 (opposite the park in Changchun)
All rights reserved: Shenzhen Bao Di Kai Technology Co., Ltd. All rights reserved